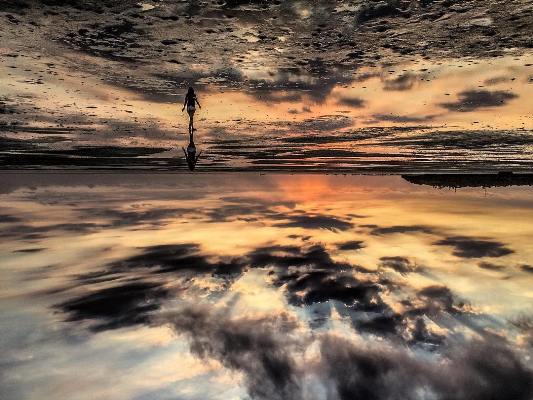 It all began on a warm summer night, sun setting, laughter of children playing in the distance, smells of fried chicken sending smiles of excitement, kids rushing home with rumbling stomachs, meanwhile she glances up at the street lights, thinking to herself she only has a few more minutes to play with her new found friend. He’s a couple years older than her and she likes the way he looks, the way he treats her, and there is an attraction that neither of them hold the capacity to truly understand. As she walks in after a long day in the sun with a shiny red convertible remote control car, her mother asked where she received the car from. “it’s from my friend, he said I can play with it” she says. Her mother insisted that she give the toy back to the boy, not really sure why, she reluctantly returned the red convertible. Years pass and the two of them build a solid friendship. During there friendship they would run through burnt abandon houses, flip on urinated mattresses, bike riding to the white side of town, sitting on top of roof tops, eating junk food, you name it, they did it together!

One day the girls mother decided to move away to a new city for a fresh start. The girl was very sad, because not only would she be leaving all that she new, but her best friend would be left behind too, and so they went…Still trapped deep within her thoughts she remembers her first day of 9th grade being in a whole new city, everything was so big, bright and cleaner than where she came from. She saw white people mixed with black people, very little Asians and Arabs, unlike what she saw on a day to day. The only time she ever saw white people growing up was when she and her mother went across eight mile to shop at North Land Mall, a suburb located outside of Detroit, MI. Trying to make a home out of this new city the girl mother found a job at a local car wash. Not to mention mother was ridden of her kidneys after giving birth to her fifth child. The girls mother have five children to care for and also attended dialysis treatments 3 times a week for 4-6 hours per visit. Somehow the girl with no name kept her heart alive despite her families many struggles.

As she spent the summer in the new city of West Coast Sacramento CA, she sensed that she would never love innocently or fearlessly again. The girl had no friends, no knowledge of new hang out spots, just stood a girl and her broken heart. Every day that summer she would think back to that very moment when they had to depart. Not having any control over their own destiny, hopelessly losing the only thing that kept them both alive in the heart of the ghetto. He just stood there holding a pillow that they once laid on, a fan that blew on them during hot summer nights, and a teddy that she would hold dear when he wasn’t near. All the items he held were replaceable, but she wasn’t. The distance between them grew and the girl wanted to leap out of the car and run like on the movies into his arms and never let go, but that was impossible she had to go. She felt the tightest lump form in the middle of her throat like the lump everyone had in the movies, watching the ending of  the Titanic, fighting  to hold back the tears. Puppy love so her mother thought, but this love would set the tone for her expectation of every man in her future. He new her, he understood her struggle, and he saw the twinkle that still remains in her eyes. It took three months for her to stop crying, while listening to Luther Vandross, “Promise Me”.

What saddened her the most was that her loss was not his. Yes, he would miss her but he gave up first. The calls stopped, the “i miss you” faded, and when she would call him, he seemed further away than the 3000 miles that severed their love. The very person that ignited her heart was the same to put out her fire. He hurt her when only after two weeks he could pursue the girl next door from him.  Only after two weeks he could forget about the years vested into trusting loving and not judging. She gulps on her own siliva thinking back to the time during her freshman year of high school. He was the start of the many broken hearts that were to come…

*im not much of a story writer, but im trying here folks(lol)

It lingers in the darkness of something that was once tangible. Darkness like Batman’s cave, running fast like a runaway slave, out of fear, that no one will be there, to save you from whats near. I’ts scary being trapped in your own non existence, beware no one will miss it, remember I sat on the opposing side of all your lies. Its dark inside the truth, and the only one that has to face it, is you!

Grateful for both good and bad…no not really just the good. lol

How to Defeat a Narcissist

Lately, I’d rather sit in front of a computer screen glued to a newsfeed and stay bottled up inside the confines of my head.

I have writer’s block, social block and every other block you can construct within your imagination. The dark side seems more attractive to me and optimism is trickling out of me like a slow leak from a car.

I’m losing my angst, my push, that little voice that kept telling me to get up is now a faint echo in the background of my complacency. I am learning the truth about my existence and I am exhausted by my awakening.

Nothing is clear or defined, everything is muttered, foggy and uncertain. I suspect this is the perfect moment to rise, redeem and resurrect.

My only viable lifeline left is to recognize what good I still have left. Today, I am starting my journey into gratitude, that… 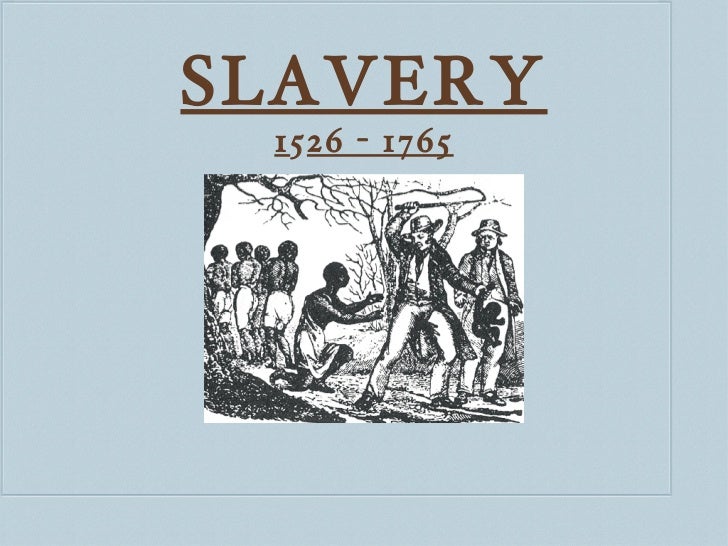 I’ve been forced, you’ve left me with no other choice! I love myself more than you ever did or ever will and so I am forced to never love you. I hate that I have to let you go, but your like poison that taste good, you are venom that feels good, you are an atomic bomb on my heart causing the explosion of my never ending tears, grand reaper of  all hearts. From sun down to sun up I think of you and what we could have had, our unborn seed, me his mom and you her dad. I cannot fathom how you let me slip away when on those cold and rainy days I was there to wipe away your doubt. I’ve been forced not to love you, because your lies failed to see the truth in me, in us, in we.

Poetry is what makes a pen cry…. 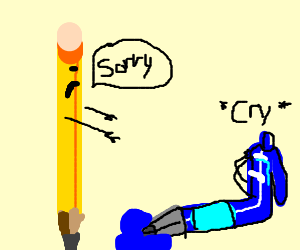 Its safer not to expect anything, this way you don’t feel a since of loss when your left with nothing.

Nobody ever listens to you, when you are crying out. They pretend to listen, but as soon as you turn to walk away they forget that you are suffering, they forget that you asked for help, without directly asking for help. I remember my mothers words as a young girl, “don’t let people take your kindness for weakness”. Was this a warning, that she could foresee, that I would be a doormat for people to trample over? Did she make that same mistake in her short lived life?

I’m sending a warning to myself for the future. lol I cant advise others on how to live or what to do when I have yet to master my full potential. I share my thoughts, opinions, and even ramble a little. At least I’m honest and unafraid to speak my mind. I’m honest enough to say that love weakens me, because I want it so bad. Whenever it seems or feels familiar I run at it with full speed. Everybody knows what happens when you speed, you lose sight of things. Your going so fast that you don’t see the details or the warning signs that tell you your going the wrong way. Your moving so fast that you may even pass by your actual destination, finding yourself back tracking, starting over, and trying to find your way again.

Is it fear that explains why I allow people to hurt me? Am I afraid that I will never find true love? It seems far fetched, unrealistic, and somewhat like a fantasy, but not impossible. So I have hope! I don’t ask for a lot, but trust, honesty, communication, and thoughtfulness. Is this too much to ask? Yeah maybe if a person isn’t in a relationship for love.  Love isn’t hard, people make it hard with their carelessness with having someone else’s heart in their hands. Love is a universal language that all can understand and relate to. I’m not saying I have all the answers, because clearly I don’t. What I do know is love feels good and sometimes it feels bad, but the foundation should always stay the same. Love is like building a house. You start off slow and steady, aligning each brick neatly, layering concrete to make sure your foundation holds together. As you build, your house grows, and your able to see clearly threw the windows. You continue to build, soon to reach the top of your home, where you will layer your roof, to protect your home from stormy days.

This metaphor is a little shaky, but not as shaky as your relationship will be if you don’t take the necessary time needed to build a solid foundation. My advise for whoever reading this, let time slow down when you find love. Take all the time you need to build, have fun during this phase, make a few mistakes to test the durability of your relationship. Also allow yourself to keep pushing through the sweat and tears so you can see clearly through the windows of your mates soul. To me its about having a mutual understanding, an unspoken language, and really being in tuned with your partner. Love is a selfless act, one that requires much sacrifice, for you two to benefit together. Build your house of love with precision, this way your love (house) doesn’t easily grumbled whenever life (storms) happens.

I spend most of my days fighting back the tears, feeling stuck like a dear in head lights. That familiar feeling of pain that eats at your every vain, like poison entering your soul, on a sentence to death row, because love only kills me. It never heals me although I wish it would, or if it even could, just be true. For every beat of my heart that is broken I can feel the tight knot in my throat fighting back my tears, Tears of frustration and feeling like a victim of manipulation. It saddens me even more knowing I was stupid enough to let go, a love so innocent and beautiful, like the white of snow. Now, my heart is like Frankenstein all ugly and put back together, when people think that I’m sorry will fix it. I’m sorry, save it, you’ve said it so much, I’m starting to hate it, I’m starting to hate you, and all that you put me through, and so I spend most of my days fighting back the tears. Tonight I will let them flow, down my cheek and on to my pillow… Everything Under the Sun
Powered by WordPress.com.